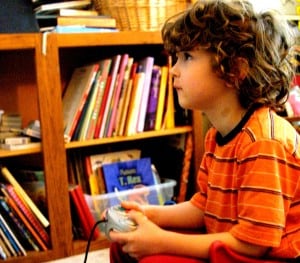 Regular exercise not only increases children’s fitness levels, it also improves their ability to focus, finds research from the University of Illinois. The research team monitored the cognitive abilities of children who participated in a nine-month after-school fitness program. By the end of the program, the children demonstrated improvements in attention and cognitive task-switching. The research suggests that regular exercise for young people not only improves their fitness, but also boosts their academic abilities, attention and focus.

The study used an exercise intervention called FITKids. The FITKids program is based on the research-based CATCH exercise program, a federally funded health promotion. Half of the study’s 221 pre-pubescent children were randomly assigned to participate in FITKids and the rest were assigned to a wait-list for the program. Children from both groups participated in cognitive testing at the beginning of the study and nine months later at the study’s end.

The children who participated in the fitness intervention had improved fitness levels and cognitive skills by the end of the study. The FITKids participants had, on average during the intervention, heart-rates corresponding to moderate or vigorous levels of physical activity and averaged around 4,500 steps during each session. The FITKids group increased their fitness levels by about six percent, compared to one percent for the wait-list group. The FITKids group also demonstrated increases in attentional inhibition—the ability focus on a task and ignore distractions—and in cognitive flexibility—the ability to quickly and accurately switch tasks. The wait-list group demonstrated minimal improvements in attentional inhibition and cognitive flexibility. Their improvements were commensurate with normal cognitive maturation

“Kids in the intervention group improved two-fold compared to the wait-list kids in terms of their accuracy on cognitive tasks. And we found widespread changes in brain function, which relate to the allocation of attention during cognitive tasks and cognitive processing speed. These changes were significantly greater than those exhibited by the wait-list kids,” said lead researcher Charles Hillman, University of Illinois kinesiology and community health professor.

Improvements in the intervention group also correlated with improved school attendance rates and greater change in brain function. This suggests that long-term fitness interventions could help children perform better in the classroom.